How MBF’s Commitment to Education Began

Learn more about our educational programs for K-12 students.

Learn more about our scholarship opportunities available for graduating seniors. 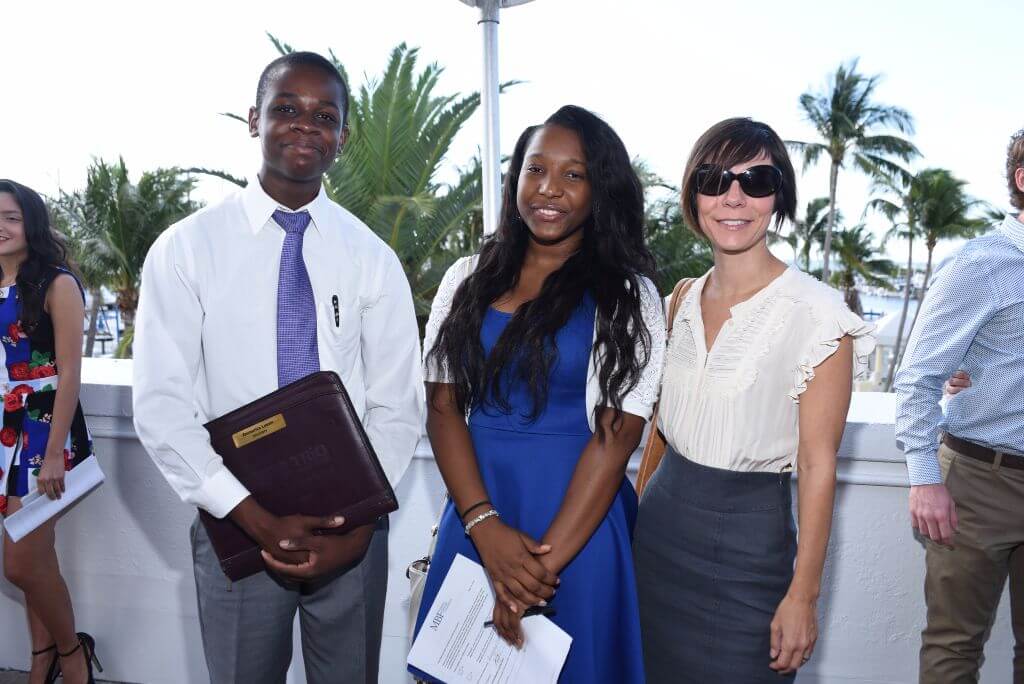 In 2012, MBF made a five-year gift to Break­through Miami, an award-winning organization that provides a tuition-free, eight-year academic enrichment program to motivated students from disadvantaged communities in the 5th through 12th grades.

In 2013, a five-year gift was made to Network for Teaching Entrepreneurship (NFTE), an internationally recognized organization that provides programs that inspire students from low-income communities to stay in school, recognize business opportunities, and plan successful futures. This gift is impacting 500 students at Booker T. Washington Senior High School over those five years.

In 2014, MBF created a scholarship program for seniors graduating from every Miami-Dade County Public High School in the City of Miami and going to college. To date, MBF has awarded more than 75 scholarships under this program. It made a gift to the Golden Scholars Bridge Program at Florida International University to transition students into college life and help ensure that they graduate through continued mentoring and monitoring. It also made a gift to Little Haiti Optimists Club for their after-school program.

In 2015, MBF established a scholarship program at Miami-Dade Technical Colleges. Since the program launched, MBF has awarded 88 scholarships to City of Miami students at D.A. Dorsey, Lindsey Hopkins, and George T. Baker Technical Colleges. Twenty of these scholarships were awarded under MBF first ever co-named scholarship with Baptist Health South Florida. That same year, MBF provided a second annual gift to the Golden Scholars Bridge Program at FIU and a gift to Little Haiti Optimist Club’s summer program which serves children in the Little Haiti area that are five through fourteen years of age.

During 2015 and 2016, MBF helped create Miami’s only Marine Service Technology Academy. The program was launched at Lindsey Hopkins Technical College in August of 2016 and is designed to help students develop necessary skills and competencies to pursue a career in boat/yacht repair within the marine industry. The pilot class will have 20 students that will graduate in October 2017. The second class is planned to start in the Spring or Summer of 2017.

In 2016, MBF gave a third annual gift to the Golden Scholars Bridge Program at Florida International University. This year sees the graduation of two of the original class of MBF Golden Scholars. This year MBF granted the Education Fund $10,000 for their SmartPath to College Programs at Booker T. Washington and Jackson Senior High Schools.

In 2018, MBF gave a fifth annual gift to the Golden Scholars Program at Florida International University. 24 Golden Scholars at FIU are currently receiving this scholarship. MBF granted the Education Fund another $20,000 for their SmartPath to College Programs at five City of Miami High Schools with free and/or reduced lunch status of 80% and above.