Adam is a Relationship Manager in the Financial Institutions unit of Wells Fargo which provides credit, payments, and trade services to banks and non-banks worldwide.   Prior to Wells Fargo, Adam worked for Brightstar Corp., a leading global wireless distributor and service provider based in Miami, where he oversaw customer finance and accounts receivable in Latin America & Caribbean markets.  Earlier in his career, he worked as an insurance broker assisting US exporters and financial institutions with trade credit insurance coverage underwritten by the Export-Import Bank of the US and/or private sector.  Since arriving to Miami back in 2009, his resume also includes time in both microfinance and community banking sectors.

In 2011, Adam became a member of MBF’s loan committee to which he is now Chair.  Adam joined MBF’s board in January 2013 following nomination by then-District 2 City Commissioner Marc D. Sarnoff. Originally from Summit, New Jersey, Adam has a bachelors’ degree from Emory University and a Master of Arts from the University of Denver. 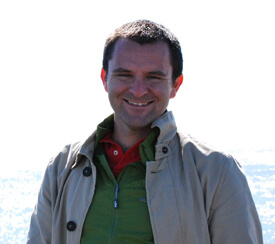