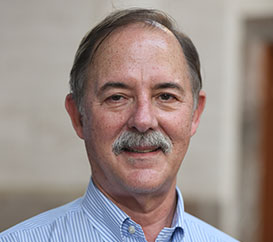 Andrew Gordon, born in Miami, Florida, received his B.A. from Hampshire College in 1977 and his J.D. from Georgetown University in 1980, where he was Executive Editor of the Georgetown Law Journal. He clerked for Judge David Bazelon of the United States Court of Appeals for the District of Columbia. He is admitted to the Florida Bar, U.S. District Court, Southern and Middle Districts of Florida, U.S. Court of Appeals, Eleventh Circuit and U.S. Supreme Court. He is currently of counsel at Ver Ploeg and Marino P.A. Prior to joining the firm, he was an equity partner in the commercial litigation department of Shutts and Bowen. He has argued a case in the United States Supreme Court and been lead counsel in multi-district litigation and in a number of other nationally significant cases addressing issues in banking law, constitutional law, franchise law, labor law, reinsurance company receivership proceedings and securities law. He is a member of the Miami-Dade Public Library Advisory Board, a past member of the Board of Directors of Legal Services of Greater Miami, Inc. and was a member of the Florida Supreme Court’s Article V Constitution Revision Commission. Mr. Gordon, as a volunteer, has worked at or provided other assistance as the college counselor at several Miami Dade public high schools. He is married and the proud parent of three children who are respectively a MIT Ph.D. working on climate change issues, an emergency room physician and a recent Columbia Law School graduate.