Jeff P. H. Cazeau, Esq. has been a member of the Board of Directors since 2010. He has served as the City Attorney for the City of North Miami since 2016. Prior to becoming a full-time city attorney, Mr. Cazeau was partner at Becker Poliakoff where he represented municipal governments and boards and lobbied on behalf of private clients on the state, federal and local level. Mr. Cazeau continues to maintain  a national practice where he assists small, minority, woman-owned and service disabled veteran-owned businesses navigate the sometimes complex world of socio-economic certifications through the U.S. Department of Transportation’s Disadvantaged Business Enterprise (DBE) and Airport Concessions Disadvantaged Business Enterprise (ACDBE) certifications, as well as the Small Business Administration’s 8(a) Business Development Program, Women Owned Small Business (WOSB) certifications and other Women, Minority and Veteran Business Enterprise certification programs through various state, local and other certifying entities.

Before attending law school at the University of Miami School of Law, Mr. Cazeau served nine years as a commissioned officer in the United States Navy. During his naval career he held several positions including Anti-Submarine Warfare Officer, Legal Officer, and Navigator aboard USS ELLIOT (DD 967) and Politico-Military Affairs Officer at United States Southern Command (SOUTHCOM). As a Pol-Mil Officer, Mr. Cazeau served as an advisor to the Commander, USSOUTHCOM with regard to issues involving the Caribbean, particularly Haiti, Suriname and the various British, Dutch and French territories 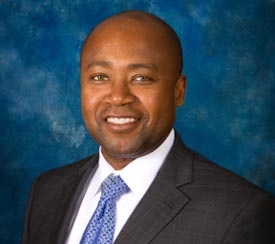