Rolando Aedo has been a senior member of the staff of the Greater Miami Convention & Visitors Bureau for the past 13 years. In his current capacity as Chief Operating Officer, Mr. Aedo manages various efforts including Brand Development, Advertising, Media Relations, Publishing, Research, as well as internet marketing. In addition, he is charged with developing strategic alliances with major industry partners such as intergovernmental agencies, local hoteliers, airlines, cruise lines, car rental companies, attractions and cultural groups and major sponsors of special events organized and held in our community. His responsibilities also include oversight of the GMCVB membership department which consists of more than 1,000 industry partners.

Prior to joining the Convention & Visitors Bureau in 1994, Mr. Aedo was in charge of business development for a real estate investment firm. While not originally from Miami (born in Norfolk, VA), Mr. Aedo has spent most of his life in South Florida where he is professionally and civically active. He has served on a variety of advisory groups including the Visit Florida Advertising & Internet and Governmental Relations Committees, Virginia Key Beach Trust Marketing Committee, City of Miami Bond Oversight Board, FDOT Miami Intermodal Center Steering Committee and the Education Fund board among others. 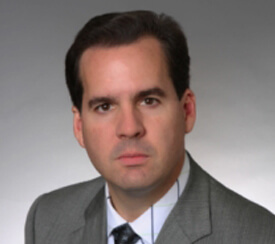